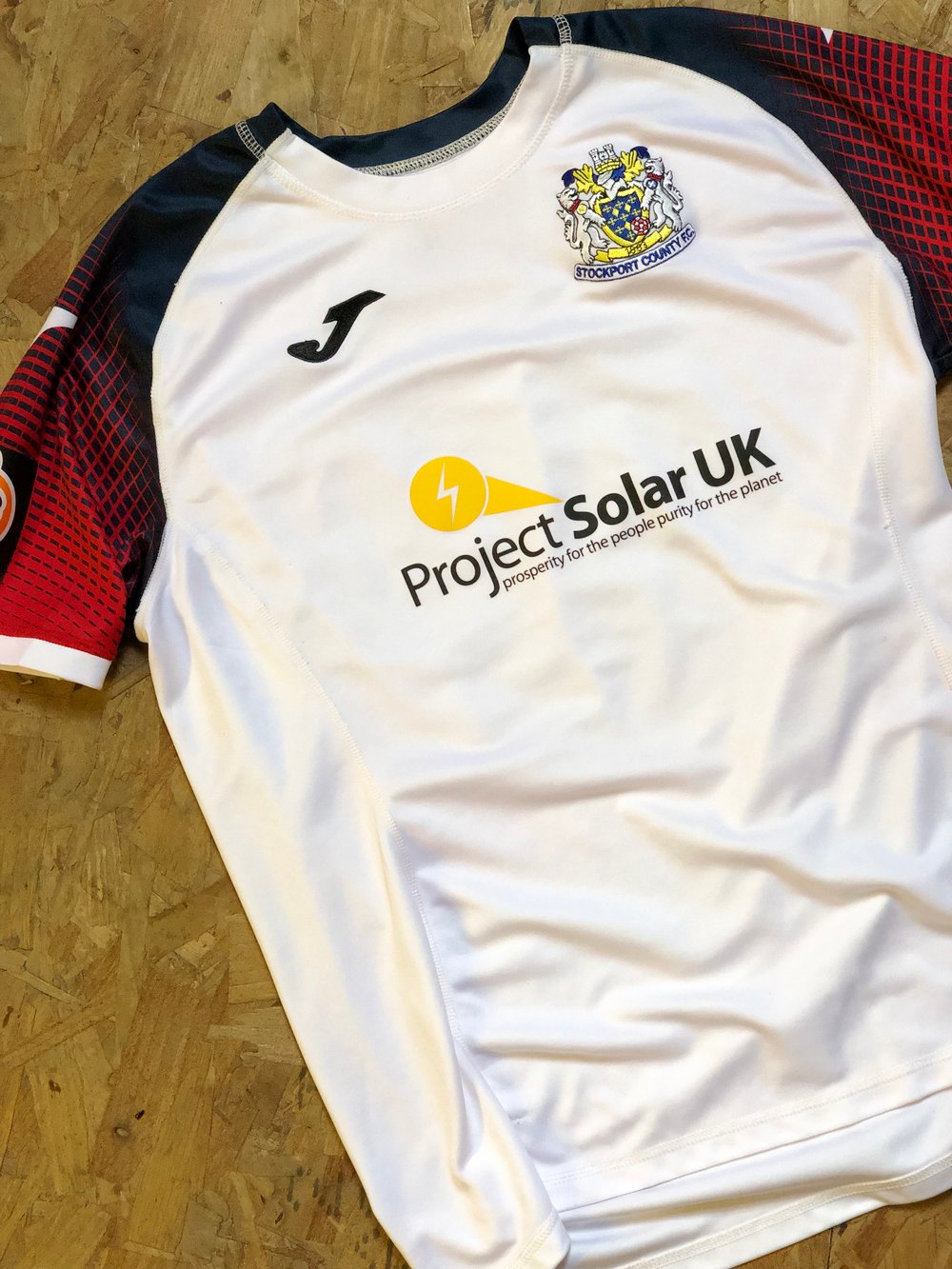 This shirt is number 17 and will have been issued for the Barnet game where we were allowed up to seven substitutes. Size medium.