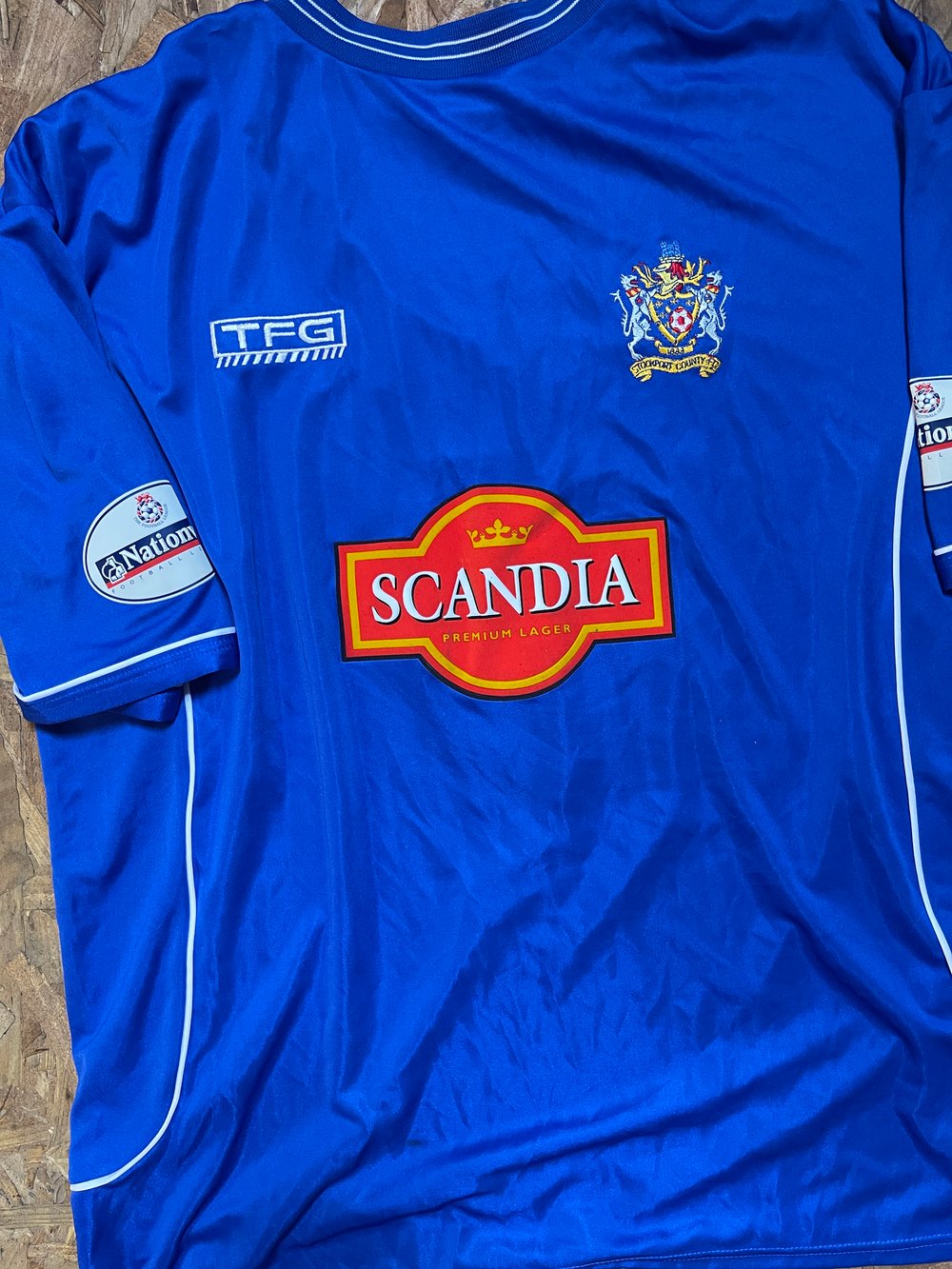 Crisp TFG home shirt from our second season back in the third tier after five years living it up in Division One.

Issued to David Holt who featured on the bench several times during the season but never made it on to the pitch.

Size XL, absolutely pristine condition. Not a mark on it. Features correct size and style Football League name set and official Football League sleeve patches, neither of which were available commercially.