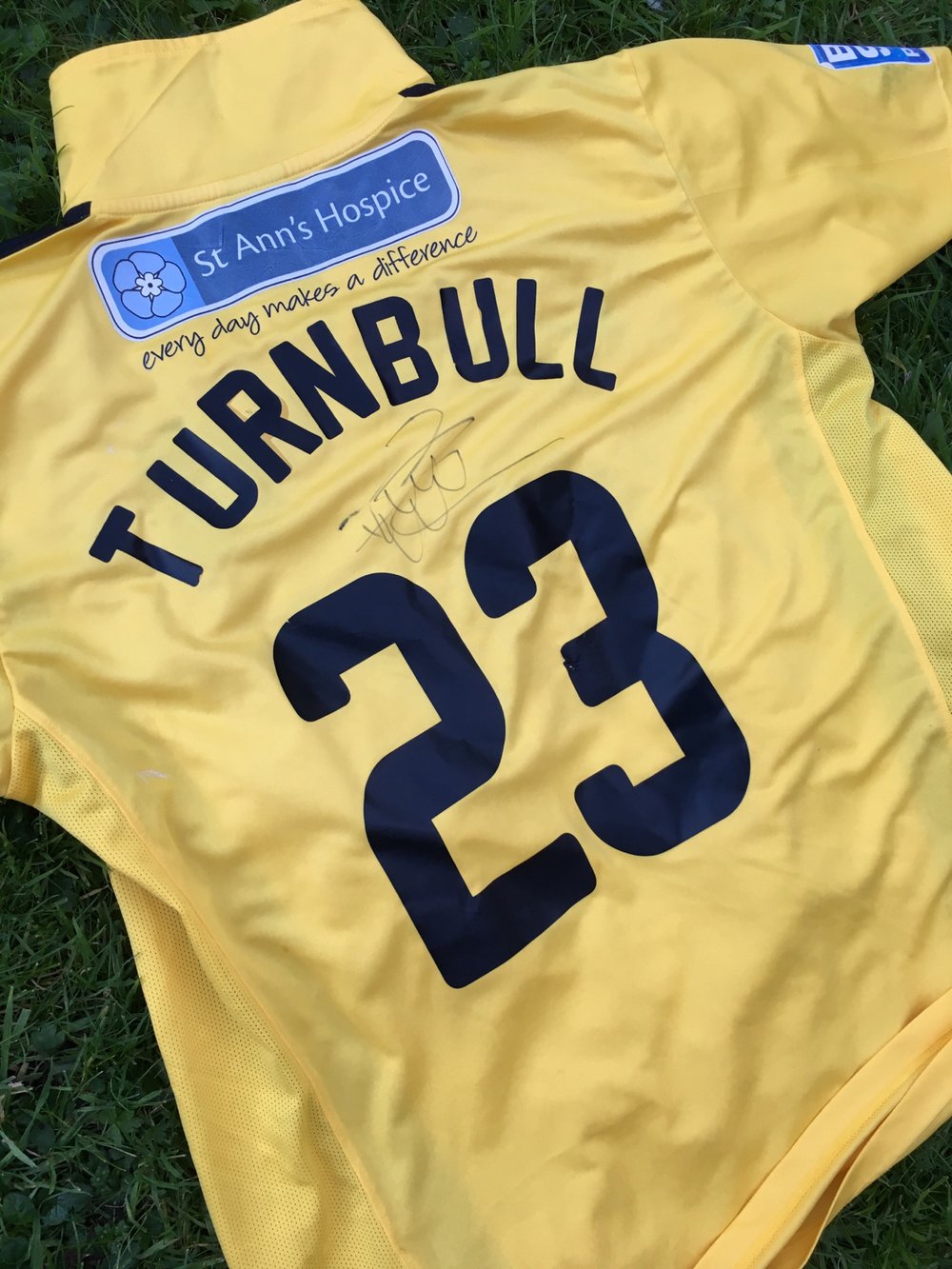 This shirt was worn by Paul Turnbull when he returned to the club after a short spell away from Edgeley Park.

This shirt is signed by Turnbull.

Size extra large, excellent condition throughout although the GT Law sponsor is beginning to show signs of wear. The signature is still fairly bold and legible.

Features back of shirt sponsor, correct size numbers and letters and official Blue Square Premier sleeve patches - all of which were only available on player issue shirts.