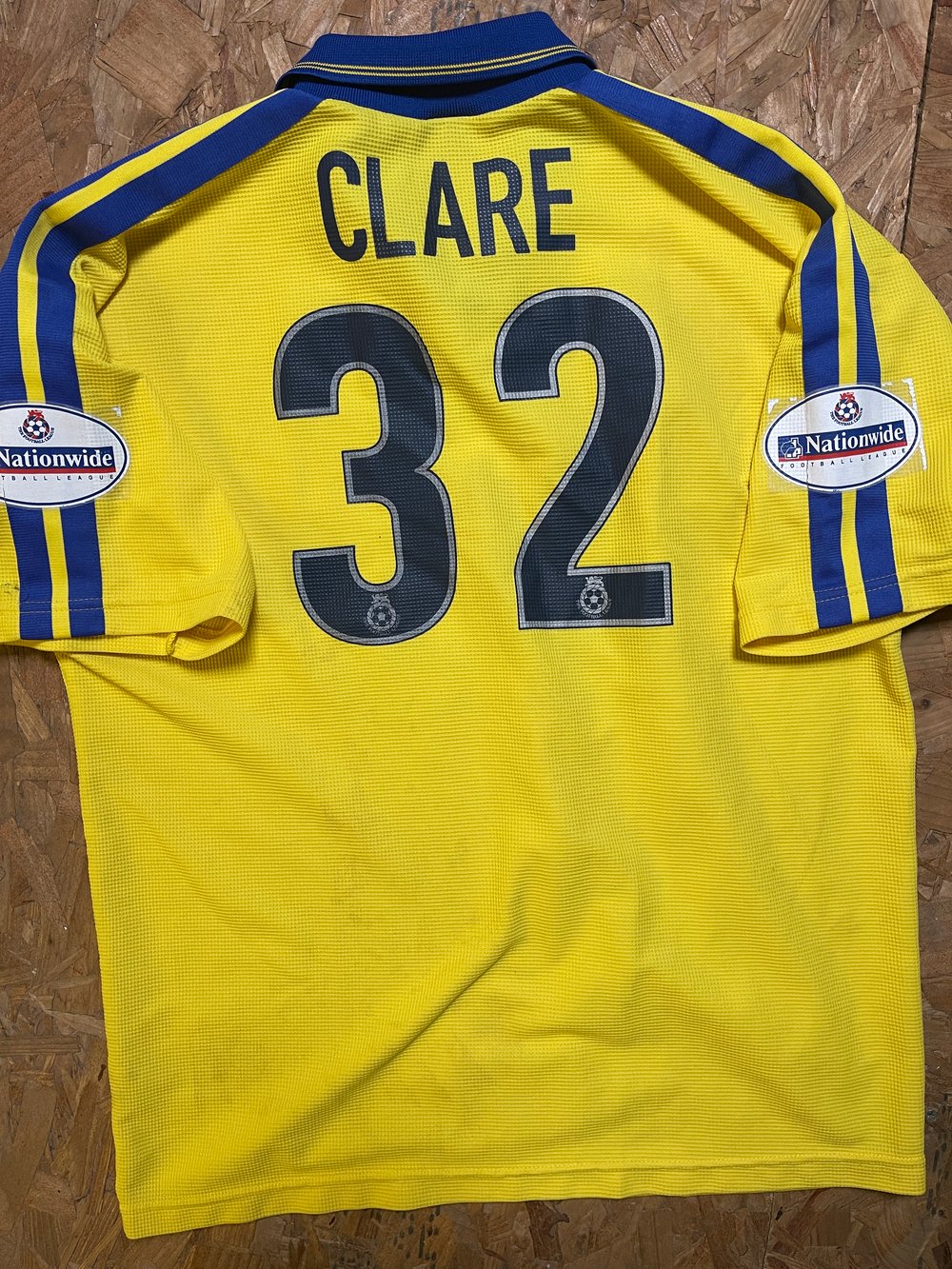 Fruity Patrick away shirt from the comedy 2001/02 season when we set a post-War record low points total in the second tier (still took four points off Man City though, lol).

Worn by Rob Clare in his second season at County after making his debut against Fulham in the previous campaign.

Size XL, superb condition. Nothing really to mention at all. Features correct size and style Football League name set and correct style oval sleeve patches. We used this shirt in the 2000/01 season, albeit with different patches, so there is a trace of the old style rectangular patches on the shirt with the oval ones applied on top. This was the case with all the shirts from players who were with us over the two seasons.