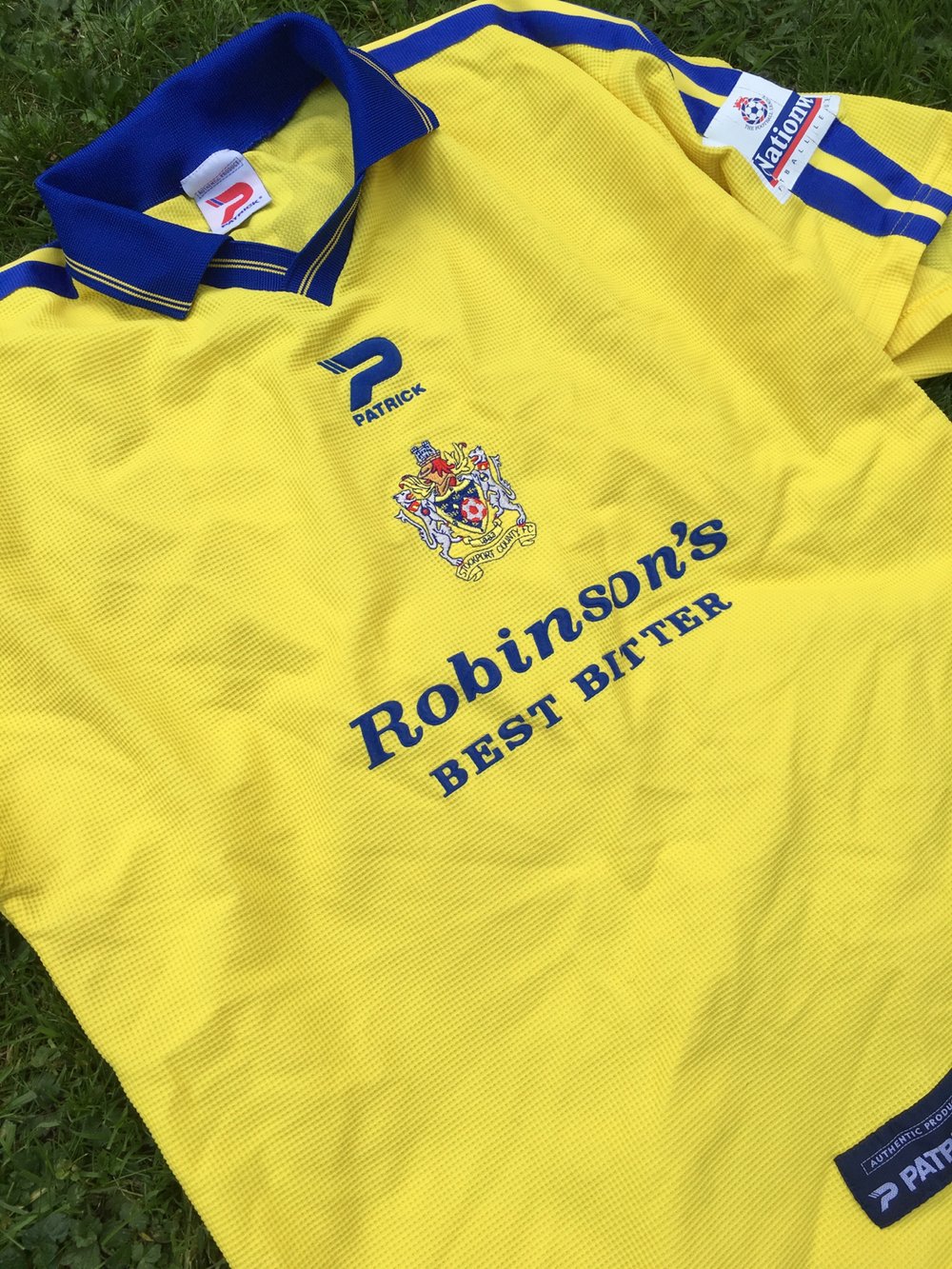 The yellow shirt was worn across 2000/01 and 2001/02 but this particular one was from 2000/01 as the rectangle sleeve patches were used in that season. In the following campaign they were replaced with oval Nationwide ones.

This shirt was worn by Swedish midfielder Jonas Larsson and is a great memory of better times at County.