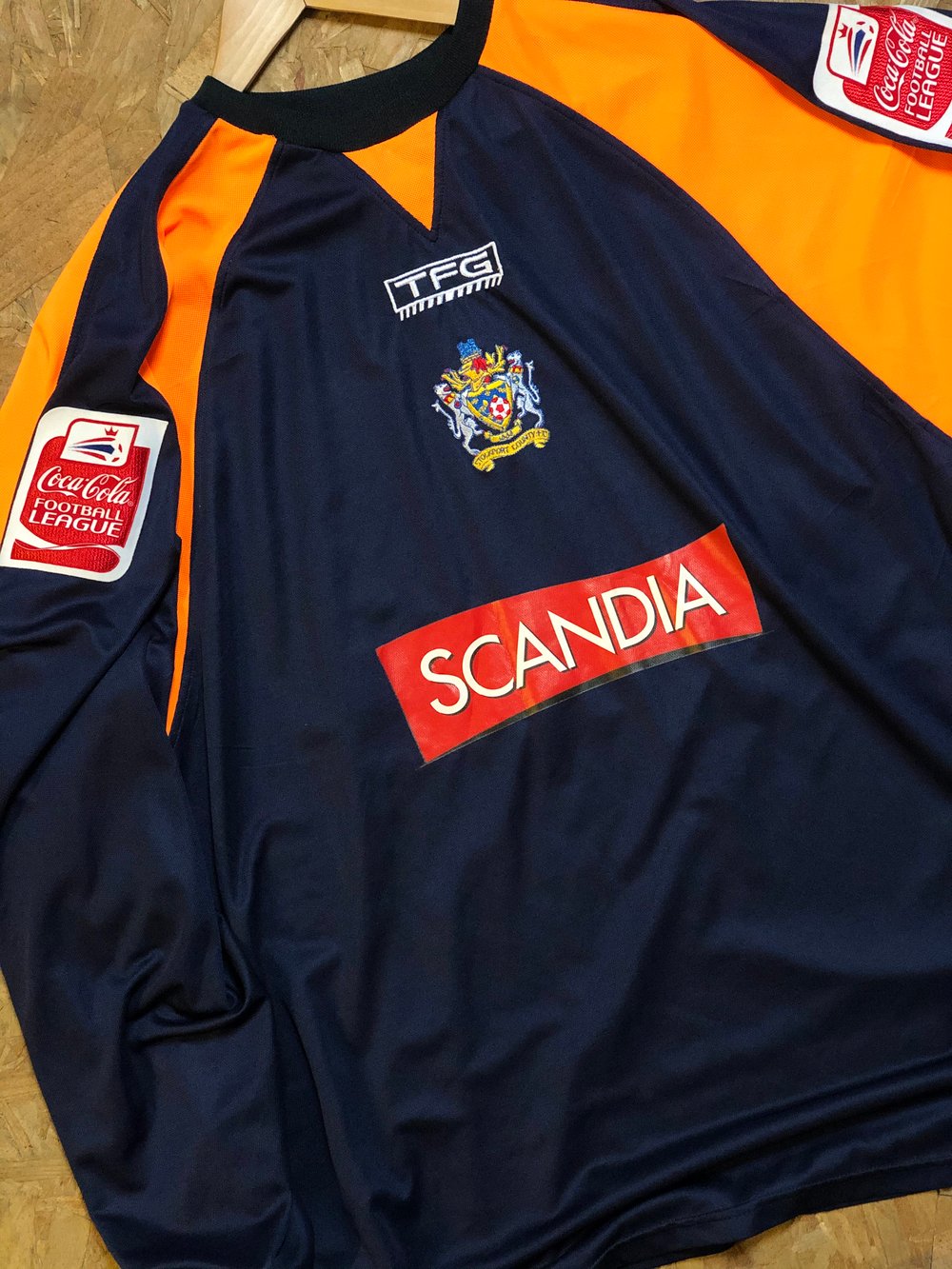 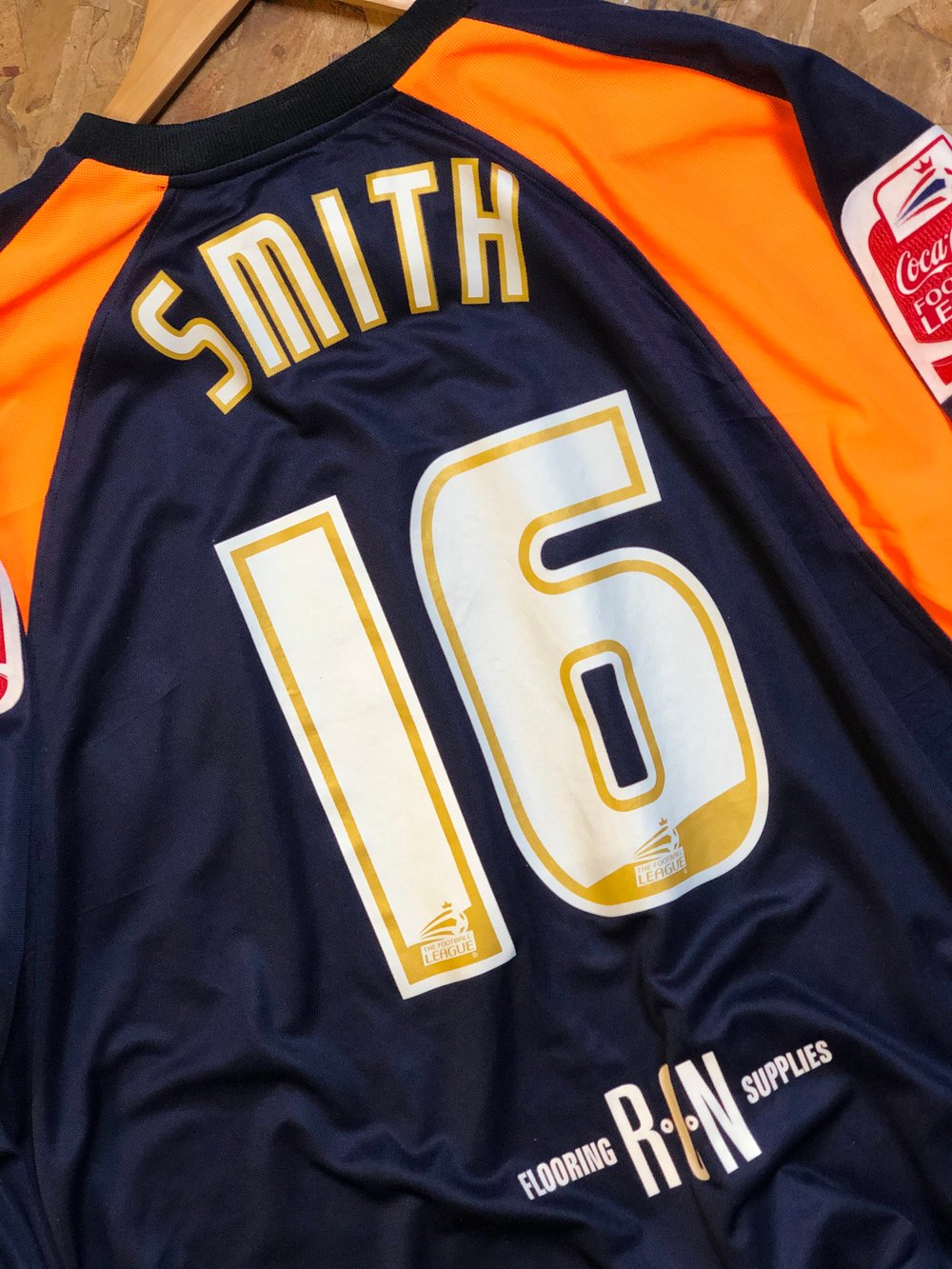 Super rare match issue GK shirt from the 2005/06 season when we narrowly avoided relegation to the Conference.

This shirt was issued to back up keeper Ben Smith who regularly warmed the bench behind Carl Ikeme and James Spencer.

Size XL. In pristine condition with no defects at all. Features player issue Coca Cola League sleeve patches, correct size Football League numbers and letters and back of shirt sponsor, none of which were available commercially.